20 Years of Line Dancing in Gunnedah

On 18th October 2014 we celebrated 20 years of line dancing in Gunnedah, a combined effort between Gunnedah Bootscooters from 1994 to 2000, and Footloose Linedancers from 2000.

We had a night of dancing, fun and laughs at the Gunnedah Services & Bowling Club, with line dancers from around the state coming to help us celebrate. We had more than 130 people attending from Gunnedah, Tamworth, Muswellbrook, Narrabri, Moree, Tamworth, Sydney, Grafton, Casino and Armidale.

$1200 was raised for GS Kidd School from the event. 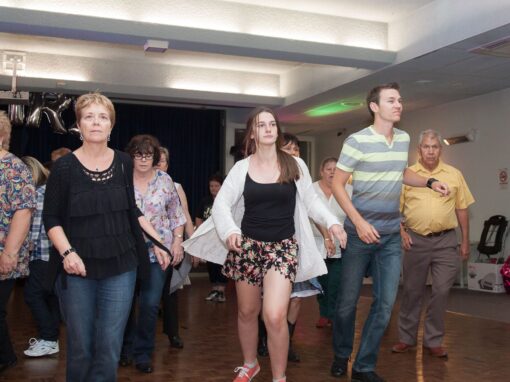